Welcome to LegalEase, a broadcast about law cast broadly. We are your hosts, Lillian Boctor and Rachel Davidson, for this November 2015 edition of Legalease. LegalEase is a monthly show put together by a collective of law students and recently graduated law students at McGill that explores the law and its institutions with a critical lens and at the same time makes the jargon of the law more accessible.

Coming up in the show today: We hear from David Whit, the founder of the Canfield Watchmen and a community leader in the WeCopwatch movement based in the Ferguson, Missouri neighborhood where police killed Mike Brown. Legalease collective member interviewed him at the recent National Lawyer’s Guild conference in Oakland, California.

We have an in-studio guest from New York City, Richard Semegram, a tenant rights lawyer who will be speaking with us about a proposed U.S. country-wide ban on smoking in public housing and the implication on this ban for low-income housing tenants. 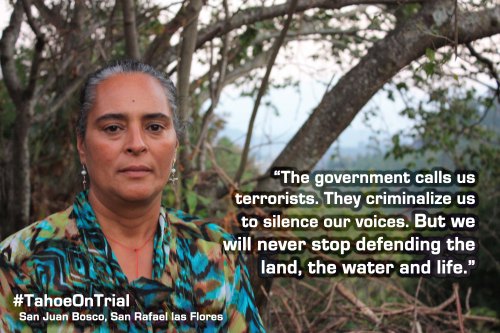 But first we turn to Luis Solana, in studio with us today. He is an investigative journalist from Guatamela, on a Canadian tour, and the author of the report “Under Siege: Peaceful Resistance to Tahoe Resources and Militarization in Guatemala.” The report details the militarization and violent repression of farming communities in south-east Guatemala peacefully resisting Canadian-US mining company Tahoe Resource’s massive Escobal silver mine.