LegalEase is deeply saddened by the passing of recently graduated McGill Law student Alexandra Dodger (1983-2011). She had a major impact on the McGill community and beyond. Take a look at the Quid Novi memorial issue written by Professors and friends of Alex. Below you may find a youtube video which captures a speech made on behalf of Alex in the House of Commons. For newspaper articles, consult glowing reflections published in the Ottawa Citizen and Toronto Star.

LegalEase recommends you read some of Alex’s writing. You can check out work for the McGill Daily here, on international law published at Legal Frontiers here, and I encourage you to check out pages 5 and 22 of the November 2009 Quid Novi (McGill Law Publication).

Alexandra Dodger will be missed dearly.

Posted in Law and Society, mcgill

Welcome to LegalEase – a Montreal-based, produced and broadcast radio show concerning “The Law”. This month’s episode is entitled: The Legitimatrix. 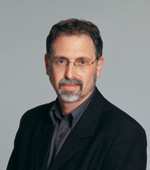 True to content, Professor Richard Sherwin’s lecture carries the same name. He gave the annual Beatty lecture in 2010 – it was entitled: LEGITIMATRIX: LAW, ETHICS AND THE DIGITAL NEO-BAROQUE. How are new visual technologies are transforming the practice and theory of law? This raises new questions, such as: What authorizes visual meaning as a matter of law? LegalEase sat down with the Professor and picked his brain.

Daniel Mayer continues his four part series on ‘French Canadian identity outside Quebec’, focusing his second installment on the cultural and political development of Franco-Ontarien identity in the 20th Century.

LegalEase catches up with Nafay Choudhury to learn about the recent Omar Khadr decision from the Supreme Court of Canada. Choudhry attended the pleadings in 2009 for the case and has valuable insights to share.

Our final segment features a new student-run international law blog called, “Legal Frontiers”. Law student Dan King tells us a little bit about the project. Check it out at www.legalfrontiers.ca

Enjoy! Check us out at https://legaleaseckut.wordpress.com or email us at legalease[at]ckut.ca